Making “Other” Into “Our own”: DC Stands Up Against Homelessness 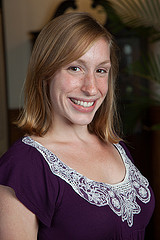 About a month ago, at a community Shabbat with my fellow Avodahniks, we got into a powerful discussion surrounding debt and giving. We talked about the implications of Jewish texts that emphasize the importance of caring first for your own community, expanding out from the self in concentric circles. We acknowledged how much we value that there is a community here in DC that supports us without really knowing us, because of our shared Judaism. Our shared Judaism allows us to trust that if any of us were to fall, there is a community there to pick us up. Texts in the Talmud ensure that our obligation is first to our immediate circles, and there is comfort in for the one who receives, but also for the one who gives. There is security inherent in the knowledge that the Jewish people are commanded not to leave any poor among their people, and that their people–the Jewish community around them–come first. This happens naturally–those with whom we believe we have most in common are the most natural recipients of our compassion. However, that sense of kinship shuts the door to those beyond that easy compassion, we lose the sense of obligation to the wider human circles that share the same sanctity of life we attribute to those dearest to us.
The kicker here for me is that when I encounter another human, in a genuine and connected interaction, they become a part of my circle. I am able to look at them and recognize the same kind kinship that I find when I connect to other Jews, or to my friends, or even to my family. The attachment of personal stories to greater causes works because it tugs at our heartstrings–but that works because it calls us to remember an easily forgotten shared humanity. I serve at Miriam’s Kitchen, an advocacy organization soup kitchen that offers every kind of case management service we can find the resources to give. Prior to this year, homelessness was something that I, like many people, accepted as an inevitable reality. Now I have formed beautiful, heart-warming, heart-breaking relationships with the guests at Miriam’s.

When the weather drops below 15 degrees overnight, as it has frequently in recent weeks, I am shocked to my core that I was able to accept the reality, and the mundane normalcy of the reality, that people sleep outside for years in those conditions. The only difference between me now and four months ago is that I’ve discovered a new source of kinship. I built a different set of relationships, and these call me to action in just as real and meaningful a way as any other kind of kinship. This community of people who live on the streets has become “my poor,” as the Talmud says, because I’ve been given the life-changing opportunity to wholly internalize the reality that all human life is equally sacred, and the only difference is whether I let myself see and act on it.

DC is my community, and these are “our poor” to whom I believe we are obligated to open our hands and hearts. What makes me particularly excited to share this now is that a collection of social service agencies in DC, including, I am proud to say, Miriam’s Kitchen, have started The Way Home Campaign. We have made it our explicit mission to end chronic homelessness in the District of Columbia by 2017. This move changes the game. Not only does it actually save an incredible quantity of money in the long term, because supporting the needs of people living on the street is honestly outrageously expensive, but it demands that the dignity of the homeless population be worthy of our attention. It introduces the potential for a reality that many might not even have thought possible: a system in which having a safe place to call home becomes a given for a population that so many have previously given up on.

The Way Home Campaign launches today, and we are working to have 1000 people pledge to be a part of the movement. Through advocacy and established programs that work, DC can make this happen if we commit. I invite you to be a part of that movement. Take a moment to consider the power you have to change the lives of real people in the world, in a very real way. Sign the pledge here, and consider attending the kick-off for the campaign. Faced with this injustice, we are not helpless. We have no reason to stand idly by while others lose their dignity and lives. I invite you to expand your circle of obligation and act in recognition of your own power to make a change, as well as of a kinship beyond the conventional. Be part of an action that can make a drastic difference in the lives of so many amazing individuals, as well as in repairing our own world.

Kelley Kidd is from Knoxville, TN, attended Georgetown University and is a Case Manager at Miriam’s Kitchen.

One Response to Making “Other” Into “Our own”: DC Stands Up Against Homelessness