Daniel Riff is from Palo Alto, CA and attended Washington University in St. Louis majoring in history and minoring in political science. As a Chicago Corps member he is a Housing Resource Specialist at Heartland Alliance, which helps people living in poverty or danger improve their lives and realize their human rights.

Around any major transition, there seems to be a question everyone asks.

Late in high school it’s “Where do you want to go to college?” or “Where are you going to college?” During freshman year of college it’s “How’s school?” Or as a Californian who moved to St. Louis: “How are you dealing with the weather?” And last year it was, “What are you doing next year?”

Going home for Thanksgiving, I wasn’t quite sure what the question would be. Would it focus on my job? My house? My program?

“How’s Chicago?” just about everyone asked. 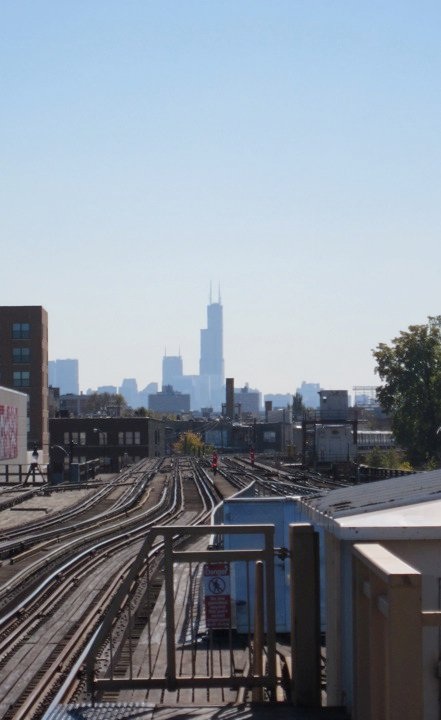 All of these are my answers, and all of them are honest answers. My first few months in Chicago have been spectacular. I’ve survived the initial college to life transition by living in a cross between a freshman floor and “The Real World” along with new friends as well as old ones around the city. Downtown Chicago is absolutely beautiful – I get so much energy just seeing the skyscrapers and Millennium Park. The North Side neighborhoods lure me in with their character, artsy happenings, bars, and so much more. My CTA pass takes me all over the city, and as a transportation and city exploration geek, there’s not much more I could ask for.

But then there’s the Chicago that AVODAH has begun to show me. Not the Chicago I was so excited about for months before I arrived, or the Chicago I see on the weekends. AVODAH has opened my eyes to the corrupt Chicago. The segregated Chicago. The impoverished Chicago. When I hear about the massive bureaucratic mess, I usually think, “But is this really different from any other major city?” Aren’t there the same problems of access to power and incompetence everywhere? I can’t say.

When looking at programs for my first year free of schooling since I could walk and talk, I sought out programs that could teach me about how cities work – how society functions. In AVODAH, I have found that. The lens is social justice, but social justice connects all elements of urban life. Only a few months into my year-long Chicago adventure, I find myself in way over my head, which is about where I expected to be. Most of our programs overwhelm me, and leave me wanting to hear so many perspectives on each issue. I would appreciate a full year of programming on just unions, the politics of religion, aldermen, or identity politics. I feel pressure to cling to one of these and make it my issue.

Chicago seems so broken. There is such a history of injustice, and so much still seems to be going in the wrong direction. But really, are most major cities any different? The programming we have certainly focuses on the wrongs, and we usually only hear the perspective of people fighting for progressive change, and not people who are satisfied with the status quo or want conservative change. They exist… somewhere. And are they the enemy? Shouldn’t I listen to them, too?

I’m quite lost in this city, and I have so many questions, few of which will be answered during this year. But I am grateful for the opportunity to be here this year, with others who want to explore these questions, and who want to begin to talk about answers.