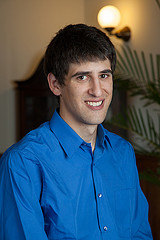 That last week was Tu Bishvat feels absurd. The holiday fell incredibly early on the Gregorian calendar this year, and the first flowering of trees couldn’t feel further away here in D.C. This is the second non-California winter I’ve lived through, and it is confirming my belief that people outside of my native state are all, just slightly, crazy.

However, falling so early does mean that Tu Bishvat comes a day after another commemoration—the birthday of Martin Luther King Jr. (January 15th). As American Jews (or Jewish Americans), we have the opportunity to let one celebration inform the other.

Food justice is a hot topic, and with good reason. Income drastically affects Americans’ access to fresh produce, which, when combined with the other effects of poverty, leads to much worse life outcomes for people born poor in America, including more health problems[1] and lower life expectancy. [2] Meanwhile, pesticides and herbicides continue to cause health problems, creating still greater disparities between those who can afford organic produce and those who can’t. [3]

Systemic problems demand systemic solutions, but systemic solutions often come from the efforts of people who throw themselves at a problem much larger than they can tackle. Such is the philosophy seen at work in the lives of Esther Siegel and Michael Tabor.

In D.C., AVODAH corps members were told upon arrival that we could sign up for a CSA (Community Supported Agriculture) share from a local organic farm for the ridiculously low cost of $8/person per month. When I went to the farmer’s market our first weekend to pick up our share, I was met by the warm embrace of Esther and Michael, who own Licking Creek Bend Farm. Esther and Michael’s daughter Adina did AVODAH in New York in 2011-2012, and they have fed cohorts of DC Avodahniks for the past several years with largely organic, almost entirely local produce (they buy produce from neighboring farms, some of whom use non-organic methods, when a particular crop doesn’t grow for them).

Michael and Esther both worked to provide services to low income people—he as a social worker, she as an organizer for tenants’ rights—before founding a farm in the early 1970s (Esther continued her work in affordable housing well into the nineties). Michael says starting a farm happened as a result of “a series of accidents,” but his background in the civil rights and anti-Vietnam war movements certainly led to his decision. From the beginning, their farm was intended as a gathering place for radical politics, inspired by a kibbutz they spent time on.

Esther and Michael have been selling their produce at farmer’s markets in D.C. for decades, and they have the loyalty of long-time customers and friends to show for it. Spending time at their stand, I’ve seen people of all races and socioeconomic backgrounds stop to shop, taste a slice of an apple, or just get a warm hug. Their markets are in two neighborhoods—Adams Morgan and Brookland—with a wide range of incomes.

They manage to keep their prices affordable in part by selling a mix of organic and conventionally grown produce, and by living frugally. But they are not able to close the healthy food gap on their own, and they have seen first hand how government efforts can help. “Before the WIC [Women with Infants and Children] Farmer’s Market program coupons got cut, 40% of what we sold was through food coupons,” Michael said. “Now it’s less than 10%.”

Michael and Esther continue to be advocates for systemic change. He spends the “offseason” advocating for policies that protect the environment and create fair conditions for organic farms.

Being a social justice junkie, I feel so lucky to be able to talk to Esther and Michael about their experiences. They have so much wisdom stored up about the ways to address injustices, be it by offering affordable, healthy food, demonstrating compassion, or passing legislation. They’ve been involved in Jewish lefty and environmental groups for many years, including the one I work for, Jews United For Justice. And they grow a mean jalapeño.

Nathaniel Eisen  is from New York, NY, attended Stanford University and is an Online Organizer at Jews United for Justice.