“Justice, justice you shall pursue.”

Perhaps no one embodied the spirit of those words more fiercely than journalist and activist Deborah Cotton, Avodah’s recent New Orleans Partners in Justice Honoree, whom we are deeply saddened to announce died May 2 of injuries sustained in a mass shooting nearly four years ago.

In 2013, Cotton was reporting on a Mother’s Day second-line parade, a staple of New Orleans culture, when two young men, brothers, opened fire into the crowd, injuring 19 people. Cotton, who was the most gravely injured, nearly lost her life that day when a single bullet barely missed her heart. Despite being permanently injured and forever changed, she went on to publicly forgive the shooters and became an outspoken advocate for the rights of crime survivors, restorative justice and prison reform.

“Deb lived and breathed the Jewish values that are at the core of Avodah’s work. She stood up for justice, and embraced those she differed from with love. She formed deep connections and lived as an example of the change she wanted to see in the city she called home. These are the Jewish values we teach and the morals we preach. They are the core of what we believe Jewish leaders should embody and what we at Avodah aim to instill in future generations. There is no one we could have been more honored to recognize and stand beside in our mission to create a more just world,” Avodah Executive Director Cheryl Cook said. 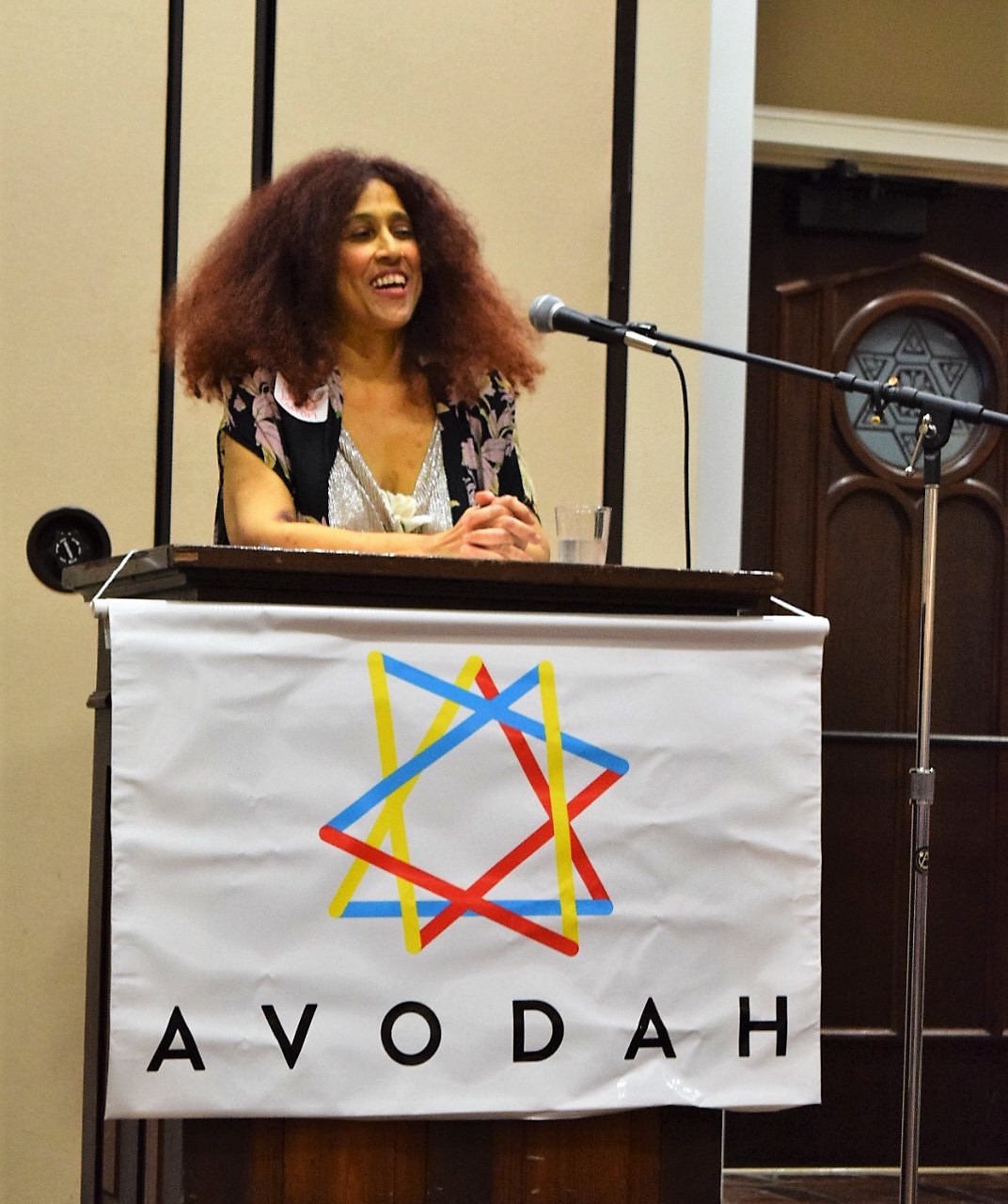 Survival and the Power of Forgiveness

During Avodah’s Partners in Justice event on April 23, Cotton recounted her story of survival, forgiveness and shared how her upbringing shaped her steadfast drive for social justice.

“My mother’s Jewish and my father’s black, and those two cultures give me my fortitude, my gasoline, my perspective,” she told the audience of Avodah Service Corps members, alumni, organizational partners and supporters.

In the years following the shooting, while undergoing more than 30 surgeries to treat her injuries, Cotton called, and shared letters with one of the shooters with whom she had made a connection. She said that she wanted to understand the circumstances in his life that led him to spray bullets into a parade. Their relationship grew and she became a mentor for the young man, who she learned had been born into the drug trafficking gang behind the shooting.

“At the sentencing hearing, I said to them (the shooters), ‘I want to be here for you. You weren’t born to shoot up a parade. That’s not going to be the end of your epitaph. You still have the capacity to do good. To make a difference. To change the world, even from behind bars. And I’m going to be here to support you.’”

“I think people were stunned that I would actually feel compassion for these young, black men,” she said.

Cotton told the crowd that she is now fighting to appeal their life sentences. “I wanted those boys to have another opportunity at life.”

Leaving a Mark on the World

“One of the Jewish tenets that I live my life by is tikkun olam, repairing the world. And if I do anything else before I leave here, I need to have made my presence felt and do my piece to repair the world,” she said.

She reminded the crowd that no one needs to wait a single minute to start making the world a better place. “It’s always the right time to do the right thing,” Cotten said.

“Our hearts are heavy as we say goodbye to our friend and dear partner. Deb leaves behind a powerful legacy of forgiveness, strength, and an unwavering belief that one person can make a difference, no matter their circumstances. Her remarkable resilience and untiring commitment to creating a kinder world is a source of inspiration. There is no one we could have been more honored to recognize at our Partners in Justice event in the city she loved most,” Cook said.