After years of community actions and meetings in Chicago, the Empowering Communities for Public Safety (ECPS) ordinance passed recently, creating the most comprehensive civilian oversight of a police department in the country. 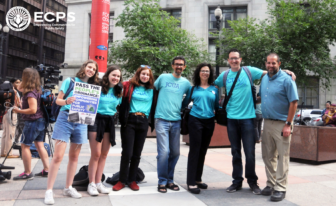 ECPS is designed to create a system of accountability for the Chicago police force, ensuring the health and safety of Chicago communities. The passing of the ordinance means the establishment of the Community Commission for Public Safety and Accountability and the creation of more than 60 new elected officials.

The Chicago Police Department has a reputation for corruption and misconduct that goes back decades. In 2014, an officer was caught on camera firing 16 bullets into 17-year-old Laquan McDonald. Despite the video evidence, it took a year for the officer to be criminally charged. It was the first time a Chicago police officer had been charged for an on-duty killing of a citizen in almost 35 years. The many previous attempts to reform the Chicago Police Department were thwarted by bureaucratic systems and lack of support from key elected officials, including previous mayors.

“Chicago is notorious for the way our political system works and how it undermines the authority of the community, but we can win. And we have. And we will continue to win, as long as we remember that,” said Cydney Wallace, an Avodah Justice Fellowship alum (2017-2018). “Even if you’re facing a brick wall, if you keep chipping away and pushing on it, eventually it will break down. It’s really scary, but you have to keep working at it. You will encourage others to help make that change. The next person might be able to break the wall down.” 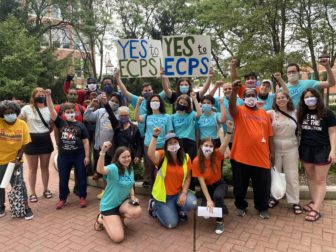 The ordinance is a historic win for public safety and criminal justice reform made possible by a coalition of more than 100 community organizations, including an Avodah placement organization, the Jewish Council on Urban Affairs (JCUA). JCUA has been a leader on the effort for five years, with many Avodah alumni and Corps Members playing an integral role in JCUA’s contributions to the ordinance.

“The success of this campaign is a testament to the persistence of the community leaders who took action,” said Jonathan Elbaz, another Justice Fellowship alum (2019-2020), who serves as the JCUA’s Communications Manager. “The coalition was composed of communities of all different backgrounds, races, faith traditions — we all shared similar goals but were coming at this from different experiences.”

Jonathan put his skills to use, helping to pen and execute strategies to garner public support. His time in the Justice Fellowship furthered his engagement in local activism.

“Avodah is a convener of really passionate, progressive Jews in Chicago — it connected me with other activists and organizers working in this city. Many of those leaders were involved in this victory for ECPS,” said Jonathan. “Avodah opened up a new sense of Jewish history and resistance for me — I saw new narratives about how Jews in the U.S. and elsewhere resisted unjust state power, took action, and had been in solidarity with non-Jewish communities. All of those values went into JCUA’s campaign for police accountability.”

“We all have the same goals and agendas — a healthy, safe environment for our families,”  Cydney said. “We just want to live and be free of unnecessary danger.”

Cydney volunteers on JCUA’s Community Safety Committee and is the co-founder of Kol Or, the organization’s Jews of Color Caucus. She has also been a board member for the last three years. She attended her first police accountability meeting in 2016 and has been heavily involved in the effort since, representing the JCUA on the coalition’s strike team, which met every week to make decisions about changes to the ordinance. Her experience in Avodah’s Justice Fellowship shifted her mindset around working with other community members.

“I genuinely thought white and white-presenting people knew what was going on and were choosing not to do anything about it. Hearing people be shocked at things like redlining — you can’t fake the kind of shock they had,” said Cydney. “It was really helpful for me to see the biases we all have and start having those conversations.”

While the passing of the ECPS ordinance is a major win, the work isn’t over. For the next year and a half, the coalition members will be reaching out to Chicago residents and encouraging them to run for the newly created Commission positions. On top of that, JCUA recognizes that the ordinance is not the end goal — just one step in the right direction to reimagining public safety. The coalition members will continue to fight for campaigns like “treatment not trauma,” which seeks to lessen the reliance on police in mental health crises.

“These are our communities — we work, we live, we teach in these communities,” emphasized Cydney. “Jeremiah 29:7 says, ‘In its peace you shall have peace.’ I get that a lot of people question, ‘What does this matter to us?’ Nobody is safe until everybody is safe. Sometimes it will be you who’s not safe. We have people that are LGBTQ, have mental or physical disabilities, immigrants from other countries… We cannot allow violence to happen just because we don’t see it as ‘us.’”