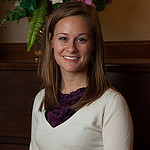 This is part two of a series reflecting on Sexual Assault Awareness Month.  I’m looking at news and social media portrayals of sexual assault cases and how they affect rape culture on a larger scale.  For part one of the series, including my work as a teacher & the backstory about Real Life Athena (RLA) and their response to a controversial music video, click here.

Social media is an easily accessible – and therefore powerful – tool, as Sarah Brammer-Shlay and the other contributors at Real Life Athena can attest. Youtube and Facebook were responsible for the original dissemination of the DAVIDBLAYNE’s music video, a verbal sexual assault on women. Because anyone could view the video, RLA was worried about the audiences it could reach.  Brammer-Shlay debated whether or not she should even comment on the Facebook post, but decided she couldn’t go to bed without speaking out.

As a collective, RLA got together and decided they needed an equally public post. “It was necessary…the video was made public so we 100% stand by making our commentary public. Because [they] put up a public piece of work, we needed to make a public response to it.”  The post was published on RLA’s blog, then linked to member’s Facebook and Twitter pages.

Within a day and a half, the article had over 4,000 hits.  Due to backlash, the original music video was taken down, but RLA’s critique kept spreading.  One week after the blog was published, it had over 6,000 views.  Said Brammer-Shlay, “Our goal was to get this out there [but] I don’t think we realized how far it would go.  We wanted it to get big and we wanted people to read it but we didn’t realize how many people it would reach.”

Suddenly, what started as a Facebook comment spawned a blog post that was more pervasive than the video that inspired it.  But as Brammer-Shlay learned, exposure isn’t always a blessing.  “Social media can be a great way to spread awareness but it can also be a trap, too.”

Not all of the response to RLA’s post was positive.  Brammer-Shlay received numerous comments from self-proclaimed “mens rights activists” defending the video.  “Believe it or not, some women are turned on by aggressive male behavior,” one comment boldly asserts.  Brammer-Shlay was also the brunt of personal critiques. One female commenter even wrote, “Pull the feminist granny panties out of a bunch.”

Comments like that were surprising to to Brammer-Shlay, who admits she did not anticipate such negative backlash: “I don’t know how much I prepared for that before…I think I knew this was going to be controversial…but I didn’t realize how far it would go.”

To a progressive feminist community like RLA, it was a shocking reminder that not all share their views.  “Its hard for us in the community we live in to imagine there are people out there that would say terrible things…and push back against [the post].”

But even negative responses can have positive results.  “The feedback I’ve gotten from some people is that the most shocking thing to come out of this is [how people are] reacting.” For almost every critical comment posted on the blog, there is a constructive response from another reader encouraging further conversations about consent, misogyny, and rape culture in hip hop.

Brammer-Shlay sees the comments as a positive thing.  “People are talking about it,” she says.  Any press is good press, and a conversation about sexual assault and rape culture, even if pervaded by negative comments, can lead to productive discussion.  “I think for a lot of women who have spoken up, too, this is stuff they were definitely thinking about but not articulating in the same way.  I think reading our piece and having more of a platform to talk about it was a really empowering situation for them.”

Eventually, even members of DAVIDBLAYNE were posting comments and defending their video from criticism.  Those comments and others exposed a third side to the story: what little knowledge many people have about rape culture.  “My only regret in this whole process,” says Brammer-Shlay, “is not spelling out rape culture more clearly in the article because I think it went over people’s heads. I didn’t understand that.”

What seemed like an obvious concept to some of the bloggers was not as well-known to others. Rape culture in hip hop is not a new phenomenon, but it is certainly one that is under-discussed.  As Brammer-Shlay poignantly points out,  “We cannot assume anyone knows things we don’t talk about”.

Set the World on Fire

Perhaps that’s why I feel like I’m fighting an uphill battle with my students. My students are discussing characters instead of seeing their sisters, mothers, or girlfriends.  Each case we read is sensationalized–a not-so-happy fairy tale that happens to someone else, somewhere else. Part of my challenge as a teacher is to explain how something most of my students have never talked about before happens every day in their neighborhood.

As always, Brammer-Shlay explains it well: “I saw a really poignant tweet the other day that said that if media coverage was accurate and 1 out of 5 women are sexually assaulted in their lifetime, then one out of five days of the week there should be talk of sexual assault.” A new case–not the same ones dissected repeatedly from different angles.

Increased media attention is a positive step, but one that must be looked at for its overall implications. If our news is supposed to reflect the reality of the world we talk about, we need to make sexual assault more than a headline.  We need to generate exposure and conversation, criticism and solutions. Like RLA, we need to tell the stories of those the world has not chosen to listen to…yet.

Gillian Schaps hails from Atlanta, GA! She spent the past 4 years at the University of Georgia ( majoring in English and Political Science.  During the day, her AVODAH placement is at DC SAFE, a domestic violence nonprofit. In her free time she can usually be found mindlessly watching Netflix or churning out baked goods with her housemates.

One Response to An Uphill Battle Part 2: Fighting Against Media Portrayal of Sexual Assault